How to Succeed in Life:The REAL Answer 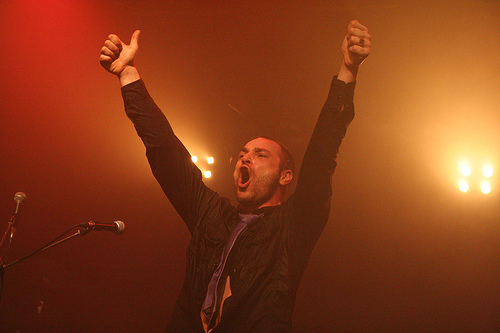 Have you ever noticed how life is all topsy turvey?

It’s crazy. Deceit and dishonesty seem to be rewarded. Good people get taken advantage of and the ones who deserve a lucky break never get it. Hard work doesn’t equate to success and doing your best often isn’t good enough.

Or, as 2Pac put it, ‘They got money for wars but can’t feed the poor.’

So how are you going to succeed in life when all is not what it seems?

The system would have us thinking along these 3 lines;

Unfortunately, these rules will only enable you to enjoy a superficial level of success. Making financial considerations the driving force of your decisions will rob you of all vitality as your passions and interests are routinely neglected. While the desire to experience love will enrich your life, the belief that you must do it conventionally may pressure you into a relationship with the wrong person and result in years of bitterness and regret. Finally, the need to appear in control will prevent you from acknowledging your failures and taking on board the lessons that could see you experience genuine success.

While the system would have you following all of the above, you’ll have to break free from this conditioning and realise that success works counter intuitively. Here are 3 rules to get you started;

1. Seek Inspiration not Remuneration. This may seem dangerous, but getting to the top of the ladder is pointless if it’s leaning against the wrong tree. I would even go so far to say that you’re better off working for free in a job you love than being paid to do something you hate. You just never know where your inspiration could lead. You might start a blog, giving great free advice on a subject that fascinates you and discover that a year down the line you’re in a position to monetize and make a living from your work. Equally, you might get a placement as an intern doing something you love and find that the company hires you because of the enthusiasm you bring to the job. Of course, this isn’t guaranteed (although following rule 2 will greatly increase your chances) but the logic is sound. A person inspired by what they’re doing will find creative solutions, present themselves dynamically and work harder. Who can’t succeed when bringing these qualities to the table?

2. It’s not what you DO; it’s who you ARE that counts. So many people get this one wrong. They enter a new field (be it work, sports or even dating) and seek every ‘expert’ piece of advice they can find (sometimes to the point of overload). They think there’s a magic formula that all the pro’s know and if only they can discover it then they will share a similar level of success. I’ve got news for you, though, there isn’t. This may surprise you but there is no secret to success. Any path you take will get you there so long as you bring enough energy to the endeavour. So stop making what you’re doing (improving SEO, getting the perfect follow through on your golf swing, using the right NEG when approaching a girl you like) the focus. It’s not that some expert advice isn’t valid, but you can tick all the boxes and still not succeed. Therefore, to take your life to the next level you’ll need something extra. This X factor is your personal dynamism and it’s developed by feeling rather than thinking. Trust your intuition, believe in your ability and raise you emotional state to the point where you’re buzzing. Follow these steps and your success will be far swifter than the person who has plan for every outcome and think through every decision they make.

3. Let go of the Need to Control. For most people, this is the hardest rule to follow. The need to control is so ingrained in our psyche’s that we don’t believe success can occur other than by exerting the maximum amount of effort and will. However, this approach tends to backfire or at best, take a long time to deliver results. Therefore, you’ll have to adopt what may feel like an uncomfortable and dangerous stance and stop trying to control your outcomes. Stop forcing yourself to appear normal and successful in an attempt to win friends or clients, stop muscling your swing as you struggle to hit harder and stop trying to force yourself back to sleep. It may feel like you’re giving up but what you’re actually doing is demonstrating faith in your ability to succeed. Do you ever see a champion fretting, rushing and panicking over what they’re trying to achieve? No. They know they’ll be successful so they approach their task with calm certainty. The universe responds to this kind of faith. Allow it to work with, rather than against you, by trusting yourself.

We promise not to share your information with anyone.